When I first got internet from the cable company, gee, maybe 20 years ago?… it cost me $34 a month, and I thought that was outrageous. At the time I was paying AOL $23 a month for phone dial-up access, so it was quite a jump. But it was worth it for the increase in speed. Back in AOL days, it would take a long time to download a file of even a couple megabytes.

About two years ago, I went from 3 phone lines with AT&T (one main line and two “ring master” lines) to just one line, bundled with Comcast’s “special triple-play deal” of phone, internet, and cable TV for $99 a month. I didn’t want the phone line because by then my main phone was my cell phone, but they convinced me it would be cheaper with the bundled deal than just with internet and cable TV.  Hey, salesmanship is what it’s all about, right? 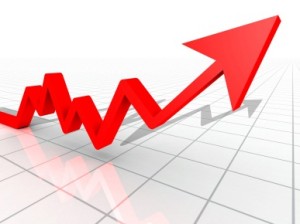 Of course, that year of special deal expired, and they bumped my Comcast bill to $129/mo. Ouch! But lethargy prevailed, the monthly billing company’s best friend, and I just let things stand. I looked at AT&T’s UVerse and a couple of dish networks, but they were all simply different flavors of the same greed. No appreciable difference from one to the other.

I had been hearing and reading about receiving HTDV broadcasts OTA (over the air), so I checked online, and found I could indeed get the big 5 where I live (CBS, ABC, NBC, Fox, and PBS) plus more, then I found out that through the streaming service called Sling (not Slingbox, which is different), I could get the cable channels I really watch … Food Channel, HGTV, TBS, TNT, A&E, History, and most particularly, ESPN and ESPN2 … for $20 a month, that sealed it.

I did research online and wound up buying the best attic antenna available (the Mohu Sky, about $150 on Amazon), figuring it would be paid for within two months.

I also did research and ordered a Channel Master DVR (about $300 on Amazon) which gave me the ability to record OTA shows (such as Blue Bloods, NCIS, NC

So far, the only problems I’ve encountered have had to do with positioning the antenna just right. This morning, I went up in my attic with a board and a power driver and some bolts, and repositioned the antenna, rotating it by nearly 90°, because I found out yesterday on TVFool.com that the stations I need to get are more in that direction. After some tweaking, I got all five major stations (and their subsidiary stations) to come in much better than before.

It was while I was doing the research about antenna efficiency that I came across someone’s comment in a help forum post describing how to do that bare-wire antenna, so I decided to try it, and to make a video of it.  Here’s the video:

I’m still using that (expensive) Mohu antenna, but if I were doing it again, I would probably go with one of the DIY HDTV antennas I’ve seen on YouTube, both to save the $140 and to have the fun of building the project. I would probably go with something a bit more sophisticated than the bare wire antenna in the video above, although that seemed to get surprisingly good reception.

Oh, and I also had fun with the project of making the video as well.

Anyway, back to the savings, last week, I bought a cable modem, brought it home and activated it with Comcast, then later that day I took every single piece of rented equipment back to Comcast and turned it in, keeping only their internet service, for which they tell me they will now charge $48 a month.

I find myself wondering how long it will be before they start bumping that fee ever higher, thinking they have a monopoly on it. But if so, they’ll be in for a surprise, because hopefully soon, a company called CSpire will be bringing gigabit fiber internet to our neighborhood, advertised as being 100 times faster than cable, for $70 a month.

The bottom line here is that with my HDTV antenna, the Channel Master DVR, and my Roku 3 with Netflix and Amazon Prime and soon Sling, I don’t miss Cable TV even one little bit, and my Comcast bill went down from over $170 a month to less than $50.

Let me know if you cut the cable also, and how it works for you.

This site uses Akismet to reduce spam. Learn how your comment data is processed.

Discussion of Citizenship and Daily Life